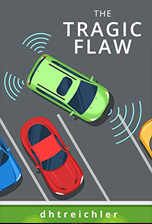 Elon Musk is quoted as saying, “With artificial intelligence we are summoning the demon. In all those stories where there’s the guy with the pentagram and the holy water, it’s like – yeah, he’s sure he can control the demon. Doesn’t work out.” Elon has been joined by the likes of Stephen Hawking and Bill Gates in expressing his concern where technology is leading us. I would agree with Elon that the technology is something we need to monitor because if it doesn’t work out the consequences will be incalculable. But what we need to realize is that the reason it may work out is not the technology itself, but how our politicians respond to the fear of technology and technological change.

While Elon cautions about artificial intelligence, he aggressively leads the march toward self-drive automobile technology, a disruption to a century old industry that has the potential to fundamentally change automotive ownership across the globe by 2020. That is just five short years from now. Elon is not the threat with his $100,000+ cars and SUVs. They won’t be replacing our $20,000 Fords, Chevys, Toyotas and Hondas any time soon. But others are joining the hunt. Google and Apple both plan to have vehicles in the market by 2020 that aren’t aimed at you and me. They are aimed at the new fleet operators of transportation services that will replace individual car ownership.

"Remember that date. It marks the beginning of a surrender to the machines that will protect and save us from ourselves - even though few of us have asked machines to do so."

With the success of Uber, Google has been quoted as saying they intend to offer an Uber-like service on a limited basis with their self-drive cars summonsed by your cell phone by 2020. At what point do our politicians experience irresistible pressure to outlaw the right of individuals to drive their own vehicles in the interest of safety? In 2013 alone auto accidents took 32,713 lives on US highways. Substantially more than all the lives lost in all the wars we have fought as a nation since 2001 which sat at 6,717 through 2011 when combat operations substantially scaled back and most troops returned home.

The Tragic Flaw paints a picture of a future where the demon has been summonsed. That demon finds a way to bring a world dominated by self-drive cars to a halt. What happens when every vehicle on the road has a common control system to protect human life? What happens when those who believe mankind has surrendered its independence to machines, just like the Luddites of 1811-16, devise a path to simplifying mankind’s existence on this planet? What happens when the world has moved beyond pre-eminent nation states to a global governance? No one is in charge because everyone is.

This novel is a cautionary tale. The Tesla driven by the protagonist is one of the heros of the story, but only because it predates the self-drive updates that have been down-loaded to the Tesla Model S’s delivered since September 2014. Remember that date. It marks the beginning of a surrender to the machines that will protect and save us from ourselves, even though few of us have asked machines to do so. Remember that date, because while Elon believes that his self-drive cars are not the threat, they may well be the enabler of those who have a different view of what we are to become.