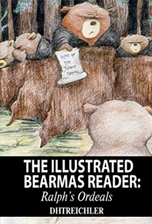 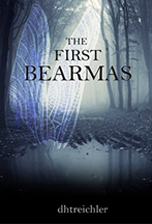 Bearmas and the Power of Storytelling to Children Facing Challenges

Bearmas is the story of a young woman, Genevieve, who as a high school dropout single parent struggles to pay the bills. Her seven year old daughter, SJ, is cared for by Genevieve’s mother, who will not let SJ play with a toy bear in her attic. The attic bear becomes an obsession for SJ who wants one of her own.

When SJ is diagnosed with cancer, she enters a hospital where the doctors seek either a cure or treatment. Now faced with mounting medical bills Genevieve realizes she cannot give SJ the bear she wants. Seeking to delay the disappointment, she tells her daughter the story of a bear, Ralph, who must undergo a series of fantasy-based ordeals assigned by the Supreme Bear Council to become worthy of a little boy or girl. As SJ’s treatment continues, Dr. Hamilton, her oncologist, and Genevieve’s mother join her in telling the little girl of ordeals Ralph must endure to become worthy of her. When a bear becomes worthy, a Bearmas is held for the child and bear, to celebrate the arrival of the now worthy bear in the life of a boy or girl.

"The hope is that such sharing of stories will ease the pain of such circumstances and inspire children as they endure their own ordeals to transition to new states of health and happiness."

The ordeals from the novel are captured in The Illustrated Bearmas Reader, illustrated by Grant Boerner, which is available free of charge at dhtreichler.com. It is an example of the kinds of stories that parents may tell their children who are dealing with a range of challenges.

A good friend, has led a group known as the Circle of Friends. This group raises money to provide a summer camp and Christmas presents for children with cancer and their families at Cook’s Children’s Hospital in Fort Worth, Texas. She and my wife, whose Grandmother would not let her play with her Aunt’s bear in the attic were the inspirations for this novel and the ordeals told in the novel and reader.

The intent of this novel and illustrated reader is to inspire parents. I hope parents and care givers will share stories of worthiness and enduring ordeals with children who are enduring ordeals of their own, whether health-related or not. The hope is that such sharing of stories will ease the pain of such circumstances and inspire children as they endure their own ordeals to transition to new states of health and happiness.

The illustrated reader is available free of charge now and the novel The First Bearmas, will be available now on the website and at Amazon.com.