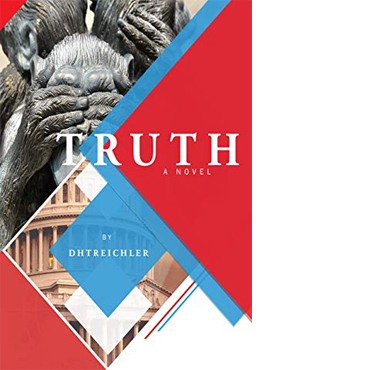 What happens to relationships when governments and corporations decide the truth that forms your reality?

Elizabeth Warden has a problem. As Secretary of Truth, she must eliminate the human element in deciding, what is the truth? Her president wishes to determine the truth. Nearly a million analysts spend their day being served ‘questionable’ postings and broadcasts to determine if they meet the test of ‘The Ten Commandments’, rules for what is truth. The Ten Commandments are established by the government in cooperation with the media corporations. The theory is if the people never see it, or read about it, it didn’t happen. If it didn’t happen there will be no copycats, or reinforcement of hate speech, or terrorist activity. Fake news no longer exists, because now there will be only one truth, the president’s truth. The last step to remove the analysts from the decision-making is the go live of the ‘Arbiter System’ purchased under the lowest cost bid, but billions over budget. It will apply the Ten Commandments establishing our reality. And what happens to the million analysts who can’t escape dreams filled with nightmarish images, hate speech narratives and fake news in their dreams? What is their reality? And how do the two intersect?