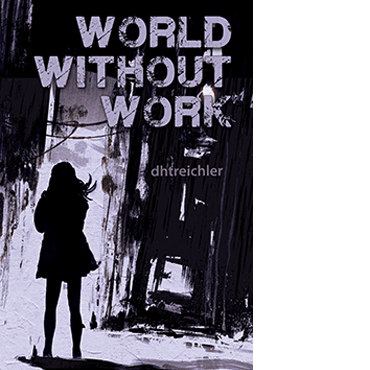 When Shauna loses her first job she learns that she has joined half of the people who used to have work and most who are looking for their first job. While she is thwarted at every turn by her former employer she finally decides to reach deep inside to start her own company with the goal of not only creating a job for herself, but for as many others as she can. All the while those who are losing hope riot in the streets demanding jobs, dignity and hope for themselves and their families. Will Shauna and her boyfriend Nic plug into the new economy or be left behind while shadowy forces seem intent on bringing the government to its knees.

"This is not light-hearted fare, to be devoured in a summertime hammock. It's a serious look at the far-reaching implications of too much technology, implemented at the expense of humanity's overarching need to feed and clothe our families through an honest day's expenditure of effort.